Sevastopol, a small settlement in a narrow coulee at the upstream end of Lake Pepin, began as a convenient place to build taverns for lumbermen in the area. The village was platted in 1857 by three men who didn’t live there: John Elder, Hugh Adams, and GJ Richards. They probably snatched the name from a play called The Siege of Sevastopol, which was popular at the time. A few lots were sold but as the logging industry shifted away, the small town lost its raison d’etre and mostly faded away. 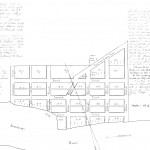 The plat was never vacated, however, and some folks stuck around. In the early 20th century, Sevastopol was the center of a commercial fishing operation run by Scandinavian immigrants. Nothing is left of the village today, but there are a couple of subdivisions just south of Red Wing that are close to the village site.