NOTE: See the Quad Cities overview for regional information on tourism centers, festivals, and getting around.

Early History
In 1831, the Illinois legislature created Rock Island County; two years later, Farnhamsburg won a contentious battle for the Rock Island County seat. In 1835, the county picked an undeveloped 62-acre site as the new county seat and called the city Stephenson. In 1841, the name was changed to Rock Island, and the new town expanded by annexing territory that included the neighboring town of Farnhamsburg. 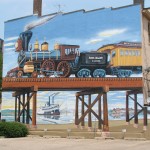 Following consolidation in 1841, Rock Island grew into a transportation and manufacturing center. The first railroad reached town in 1854, just as steamboat traffic peaked at 175 landings every month. Charles Buford founded the Buford Plow Company in the mid-1800s, kicking off farm implement manufacturing in the region, arguably the most important industry in the Quad Cities. By the 1870s, Rock Island was the center of three big railroads that connected the city to markets from New York to San Francisco, while the Mississippi River ensured access to markets from Minneapolis to New Orleans. The growth of the railroad business in Rock Island was helped by the construction of a railroad bridge in 1856.

In the early twentieth century, Rock Island was more or less ruled by a mobster named John Looney, who cultivated a culture of fear and corruption that dominated the city. The city’s reputation was so foul that when future-President Woodrow Wilson visited the region in April 1912, he moved the location of his speech from raucous Rock Island to mild-mannered Moline.

**Rock Island is covered in Road Tripping Along the Great River Road, Vol. 1. Click the link above for more. Disclosure: This website may be compensated for linking to other sites or for sales of products we link to. 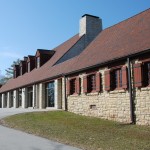 Voted one of the Seven Wonders of Illinois, Black Hawk State Historic Site (1510 46th Ave.; 309.788.0177) is one part historic site and two parts park. For the history part, the modest Hauberg Indian Museum (309.788.9536), located inside the impressive lodge built by the Civilian Conservation Corps in the 1930s, has dioramas displaying Sauk and Mesquakie life in the eighteenth century. To explore the park, just walk around. A wide range of wildflowers add a dramatic touch to the landscape between mid-April and mid-May. Black Hawk Prairie is west of the lodge, a small area set aside to replicate the type of tallgrass prairie that once dominated the landscape here. 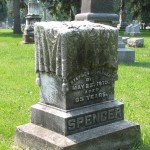 When it comes to the architecture devoted to memorializing the dead, few places have impressed me more than Chippiannock Cemetery (12th St. @ 29th Ave.; 309.788.6622). You are welcome to stop at the office and pick up a map but wandering aimlessly can be very rewarding. Most of the older sections will be on your left as you enter the cemetery and then to the right and up the hill. The markers are a testament to the incredible carving skills of stone masons: a cloth draped delicately on a marker, a perfectly chiseled anvil, a chalice support by tree limbs. Colonel Davenport and his family are buried here; their graves are marked by a simple obelisk near the top of the hill. Also interred here is lumber baron Fr